In addition to a conscious diet, regular exercise is also essential for staying healthy. By sponsoring both amateur and professional sporting events, organizations and initiatives, we encourage our customers to lead an active, health-conscious lifestyle. We've been supporting and helping several amateur sports events, since our goal is for the present and the future generations to live an active life, which would be impossible without setting a good example.

Over the last few years, cycling has become of high importance to us, as we try to find more and more points of connection to it. Giacomo Pedranzini met up with Ivan Basso, sports manager of the Alberto Contador Foundation, and with that, we’ve started our journey of supporting professional cycle sport.

We’ve been supporting the Alberto Contador Foundation since 2018, which deals with important social questions, such as the fight against stroke, promoting the rehabilitation after stroke, and popularizing cycling. Apart from embracing social causes, the foundation has its own professional cycling team.

Alberto Contador, name-giver of the foundation and Ivan Basso, sports manager of the team are well-known in the world of sports, both of them being legendary cyclists. Alberto Contador has 2 Tour de France, 2 Giro d’Italia and 3 Vuelta a España victories, and is one of the 7 great cyclists, who emerged victorious in the three most prestigious cycling Grand Tour races. Ivan Basso retired from racing for his managerial duties after 2 Giro d’Italia wins. 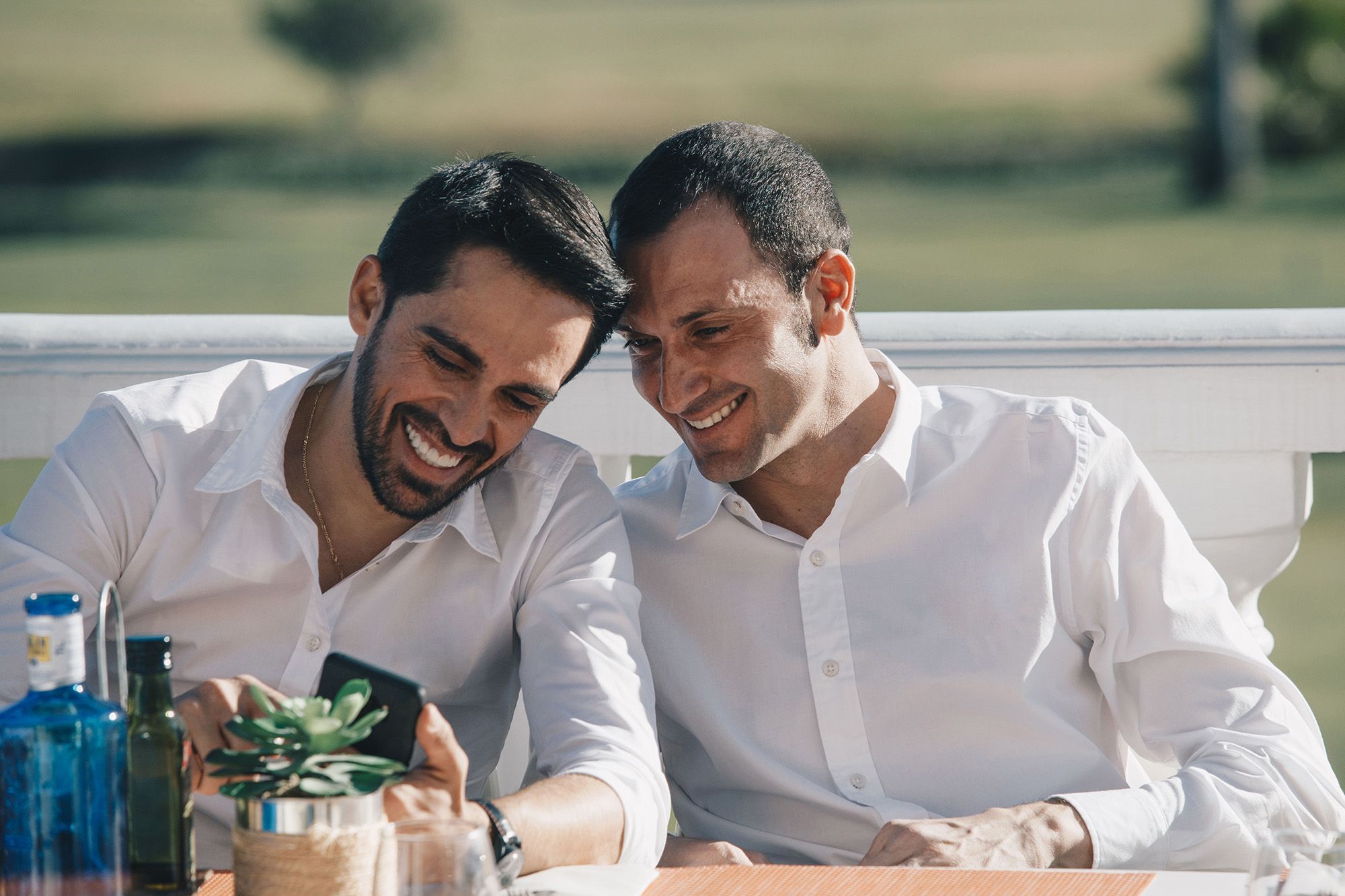 History of the EOLO-Kometa Cycling Team

Kometa has had the team’s back since the beginning. The names changed, but Kometa remained a constant in the life of the team. Polartec-Kometa became Kometa, then Kometa-Xstra, and since 2021, EOLO-Kometa Cycling Team. With the arrival of EOLO, an Italian telecommunication company, the team moved up from continental classification to racing in the ProTeam category.

Kometa is not the only Hungarian aspect of the team, but three cyclists as well. In the middle of 2019, Márton Dina, and in the beginning of 2020, Erik Fetter signed their contracts. Both are strengthening the ProTeam. Since October 2020, another Hungarian cyclist, Gergő Magyar has been discovering his talents in the reserve team of the youngest, the U19.

Erik Fetter’s first race on the ProTeam level was the also legendary Strade Bianche, often referred to as the 6th Monument, where he finished as the best one of his team. In March, Márton Dina and Erik Fetter raced together in one of the most famous Italian road cycling race, the Coppi e Bartali, where Márton was the leader of the mountains classification. One month later, they raced together in the Tour of the Alps. They also showed off their talents in the 2nd category five-day race of the elite World Tour: Márton finished 2nd place in the mountains classification, and in the overall race, Erik proved to be the 25th best. In May, we were able to simultaneously root for Erik in the Tour de Hongrie and Márton in the Giro d’Italia. Erik came 11th in the 4th most difficult stage of the Hungarian race despite a serious crash that made his participation in the race uncertain. He finished in the 41st place of the race. Márton completed the first three-week race of his life with the Giro d’Italia where during the 4th stage, he managed get in a breakaway, and in one of the most difficult section of the race, he could rejoice in the victory of his teammate, Lorenzo Fortunato.